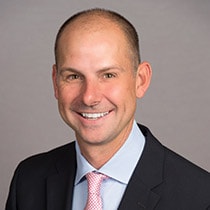 Michael D. Brown serves as President and Chief Executive Officer (CEO) of Wyndham Destinations, and is a member of its Board of Directors. Brown is responsible for the performance, growth and strategic direction of the world’s largest publicly traded vacation ownership and exchange business. The company, which employs more than 23,000 associates, includes Wyndham Vacation Clubs and RCI Exchanges.

Brown joined Wyndham in 2017 and served as President and CEO of Wyndham Vacation Ownership, following a successful executive leadership tenure at Hilton Grand Vacations (HGV), where he served as Chief Operating Officer (COO). Prior to being appointed as COO for HGV in 2014, he held the role of Executive Vice President, Sales and Marketing – Mainland U.S. and Europe. Prior to joining HGV in 2008, Brown served in a series of sales, development, operations, and finance leadership roles throughout the U.S., Europe and the Caribbean during his more than 16 years at Marriott International and Marriott Vacation Club International.

As a hospitality industry veteran of more than 25 years, Brown’s leadership is infused with a combination of strategic vision, operational expertise, inspirational leadership and industry knowledge. In addition, he is passionate in his commitment to Wyndham Destinations’ diverse, inclusive community of associates and its global spirit of hospitality.

Brown earned a bachelor’s degree from the McIntire School of Commerce at the University of Virginia. He currently serves as a member of the Orlando Economic Partnership Governor’s Council, the American Resort Development Association (ARDA) Executive Committee, and is the Chair of ARDA’s Meetings Committee. 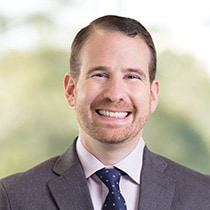 As Chief Brand Officer of Wyndham Destinations, Noah Brodsky oversees the planning, development and execution of the Company’s strategic branding, digital, and customer experience initiatives. He brings charismatic leadership and extensive expertise in customer loyalty and engagement, hospitality sales and operations, e-marketing, and global integrated campaign strategies. Brodsky joined Wyndham in June of 2014 and was appointed to his current position August 2017.

Previously, Brodsky served as Senior Vice President, Worldwide Loyalty and Customer Engagement, for Wyndham Hotel Group, the world’s largest and most diverse hotel business, with a global portfolio of more than 8,400 hotels in 80 countries. In this capacity, Brodsky was responsible for the growth and evolution of Wyndham Rewards, named the Best Hotel Rewards Program by U.S. News & World Report.

Prior to joining Wyndham, Brodsky served as Chief Experience Officer at WeWork and Vice President, Global Brand Management for Sheraton at Starwood Hotels and Resorts.

Brodsky’s innovation in the industry has been recognized through multiple awards, includingOrlando Business Journal’s 2018 40 Under 40; Top 25 Extraordinary Minds in Hospitality in 2015 by the Hospitality Sales & Marketing Association International; and Brand Innovators’ 2016 40 Under 40.

Brodsky earned a bachelor’s degree at the Cornell University School of Hotel Administration in Ithaca, N.Y., and a master’s degree in business administration from Harvard Business School. 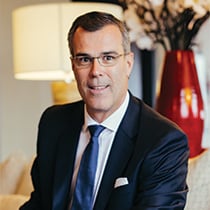 Olivier Chavy serves as President of RCI Exchanges, the global leader in vacation exchange. With 30 years of experience in international hospitality and executive leadership, Chavy is responsible for the strategic direction, operation and growth of RCI Exchanges, the largest exchange network in existence, offering 3.8 million members access to more than 4,300 affiliated resorts in 110 countries. Prior to joining RCI Exchanges in 2019, he served as CEO of Mövenpick Hotels & Resorts where he led the company’s expansion through new resort openings, pipeline development and portfolio growth of more than 40 percent.

A native of France, Chavy earned an MBA from Cornell University, a post-graduate diploma from Europe’s prestigious ESSEC Business School, and a bachelor’s degree in hotel management from St. Quentin en Yvelines Hotel Management School. He serves on numerous advisory boards including the French Foreign Trade Advisory Board – CCEF, The University of Central Florida’s Rosen College of Hospitality Management, and Philip Stein Teslar, “Live in Tune.” 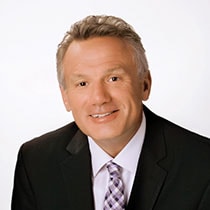 Previously, Dettmer served as Executive Vice President and Chief Information Officer for Wyndham Destination Network, then the global leader in vacation exchange and largest professionally managed vacation rentals business in the world. In this capacity, Dettmer was responsible for overseeing the leadership and direction for the company’s global IT function, with matrix accountability for its regional IT teams.

Dettmer earned his bachelor’s degree from the Indiana University School of Business. 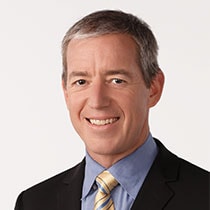 Mike Hug serves as Chief Financial Officer of Wyndham Destinations. In this capacity, he is responsible for overseeing all aspects of the company’s accounting and financial reporting activities including budget, forecasting, consumer finance, audit, treasury and investor relations as well as oversight of mergers and acquisitions.

Prior to his current role, Hug served as Chief Financial Officer for Wyndham Vacation Ownership where he led all financial services teams, information technology operations and oversaw Wyndham Consumer Finance operations, with a North American portfolio valued at more than $3 billion. Previously, Hug served as Senior Vice President and Controller. He joined Wyndham Vacation Ownership in 1999 as Vice President of Finance for the Hospitality Services Group. Before joining Wyndham, he spent 11 years in public accounting at one of the Big Four public accounting firms.

Hug is a member of the American Institute of Certified Public Accountants. He regularly serves on industry panels relating to the Asset Backed Securities (ABS) markets and other trends in the vacation ownership industry.

He holds a bachelor's degree in accounting from the University of Notre Dame. 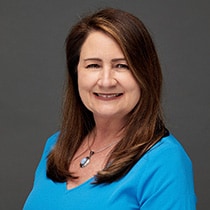 Previously, Marshall served as Executive Vice President, Human Resources, for Wyndham Vacation Ownership where she led the human resources engagement of more than 18,000 employees across the business. Marshall joined Wyndham Vacation Ownership in 2012 as Senior Vice President of Human Resources, overseeing the comprehensive development and management of the human resources strategy across all WVO sales, marketing and operational divisions.

Prior to joining Wyndham, Marshall led Human Resources for PSS World Medical, a publicly traded $3B company in the healthcare supplies industry. Marshall has also held the role of SVP, Human Resources of the Americas Region for CHEP Americas. In addition, she spent several years leading Human Resources for the Southeast Region of Centex Homes. A Certified Public Accountant, Marshall began her career in public accounting with Arthur Andersen and later Price Waterhouse Coopers. She spent 11 years with The Walt Disney Company in Finance and in Human Resources.

Marshall is a member of the Society for Human Resources Management and holds a Bachelor’s of Business Administration from Texas State University. 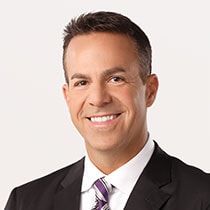 As Chief Sales and Marketing Officer for Wyndham Vacation Clubs, Jeff Myers oversees the development and delivery of sales and marketing strategies, programs, sales training and development across all Wyndham Vacation Clubs brands in the United States, Canada, Mexico and the Caribbean. He also works closely with business development, operations and finance to drive innovation and business strategy. Myers leads a dedicated sales and marketing force of more than 6,000 associates and oversees all in-house and frontline sales operations across 133 sales centers responsible for generating more than $2 billion in annual gross vacation ownership interest sales collectively. He also directs operations at more than 250 local marketing locations, which generated nearly 790,000 tours in 2017 alone.

Myers has earned various industry honors including Fairfield Resorts’ Rookie of the Year Award in 1991 and the American Resort Development Association (ARDA) Gold Award in 1996. Myers was previously involved in the ARDA Leadership LEAPS Program. 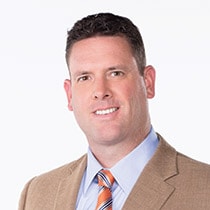 Richards has extensive business operations experience with the company, having held executive leadership positions in sales development, site marketing, hospitality, human resources and global sales operations during his tenure. In addition, he served as the executive sponsor of a multi-year technology initiative designed to improve the company’s inventory management and reservation systems.

With more than 30 years’ hospitality experience, Robinson served in a number of leading industry roles covering management, operations, development, branding and franchising. He has held a number of senior leadership positions in the Asia Pacific region for some of the world’s largest hospitality companies, including Swiss-Belhotel International, Swissôtel Worldwide Partner Hotels and Choice Hotels International. 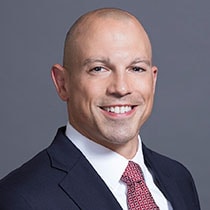 Jim Savina serves as Executive Vice President and General Counsel of Wyndham Destinations, the world’s largest vacation ownership, exchange, and rental company. In his capacity as General Counsel, he oversees all aspects of the company’s legal services. Savina also serves as Corporate Secretary and Chief Ethics and Compliance Officer for the company.